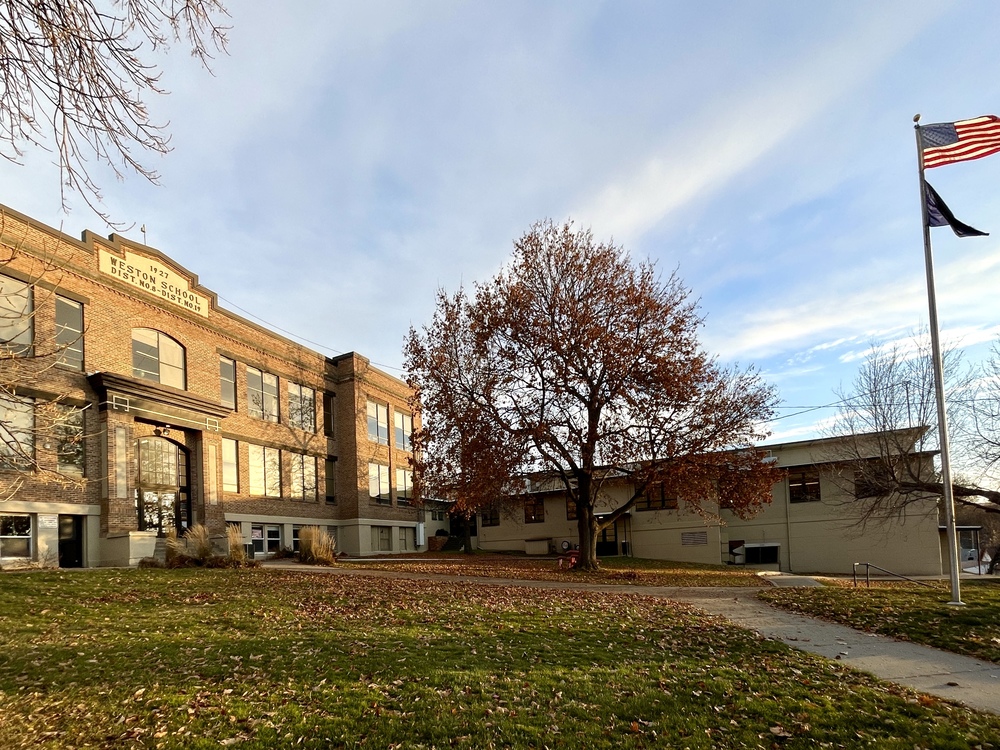 Athena-Weston, OR – Weston-McEwen High School and Athena-Weston School District are proud to announce the induction of five individuals and two teams into the Weston-McEwen High School Hall of Fame. The TigerScot Hall of Fame recognizes graduates, athletic teams, coaches, and faculty members who have achieved and demonstrated high levels of success in their post-high school careers. The honorees for 2022-2023 include John Huntsman, Charles Price, Dr. Dennis Dauble, Doug Winn, Deborah Glover, and the 1973-74 and 1974-75 women's Basketball Teams.

John Huntsman, a 1965 graduate of LaGrande High School, spent 40 years as a coach and teacher in the Athena Weston School District. Known as "Senor" to his students, Huntsman taught Spanish, Algebra, Driver's Education, P.E., and Health, and coached multiple sports at both the high school and junior high levels. In addition to his coaching and teaching, Huntsman is known for taking his Spanish students on trips to Mexico every three years, and for his dedication to his Driver's Education students. He and his wife, JoAnn, will celebrate their 50th anniversary this year and happily raised their seven children in Athena.

Charles (Chuck) Price, a 1965 graduate of Weston High School, had a successful career in the Air Force and multiple business endeavors. Price is a proud veteran, serving our nation during and after the Viet Nam era. He retired from the Air Force Reserves in 1997 with the rank of Major. He is also known for his philanthropic efforts, including supporting education efforts ranging from the Weston Development Committee, Weston Chamber, and the FFA. Price attended EOU for a Bachelor of Science in Geology, and attended the University of Oregon for a year of an MBA before joining the Air Force. He met his wife of 53 years, Mary while at U of O, and is the owner of Price Ranches.

Dr. Dennis Dauble, a 1968 graduate of Weston High School, after which he attended Oregon State University for a Bachelor of Science in Fisheries, followed by a Masters in Biology from Washington State University and a Ph.D. in Fisheries from OSU. He is a renowned biologist in the field of Fishery Research, with a career spanning many years. He has published numerous papers and is a sought-after speaker at conferences and universities worldwide. He has also been recognized for authoring six books and may be a familiar name as he writes regular columns for the East Oregonian and Walla Wall Union Bulletin newspapers.

Doug Winn, a 1965 graduate of Weston High School, is a renowned architect and project lead. He is responsible for designing the Tacoma Art Museum, the Hult Center for The Performing Arts in Eugene, the Douglas County Oregon Justice Building, Intel's Fabrication Campus in Israel, The University of Idaho Life Sciences Building, and the Experience Music Project in Seattle. He is a double graduate of the University of Oregon, earning a Bachelor of Architecture degree in 1970 and a Master of Business Administration in 1972. Winn says, “I have been influenced and guided by the local area men and women of Weston and Athena. They have been my touchstones all along the way”. He is known for his contributions to his community and his Christian faith.

Deborah (Deb) Glover, a 1967 graduate of Hillsboro High School, spent her entire career as a teacher and coach in the Weston School District. Glover studied at Oregon State University and went to Eastern Oregon University for her degree in Education. She began teaching with the Athena-Weston School District in 1972, becoming highly involved in several activities, including 4-H, the Livestock Wranglers Club, and as a coach for volleyball, basketball, and track. Her service to the district spans 50 years, and she has just coached her 40th consecutive year as the middle school volleyball. She is known for her passion for kids, sports, and animals. Her five children all graduated from Weston McEwen and continue to enrich the community.

The 1973-74 and 1974-75 women's Basketball Teams were both State Championship teams. They were known for their teamwork, dedication, and hard work, and they continue to be remembered as one of the most successful teams in the school's history. Fifty years later, it is easy to forget the opportunities girls have today to compete athletically were not always there. This group of women athletes demonstrated that when given the opportunity, with the passing of Title IX, to compete they would participate and excel. We honor these teams as Weston-McEwan High School's first district champions, placing in Oregon’s first-ever women’s high school State Basketball Tournament.